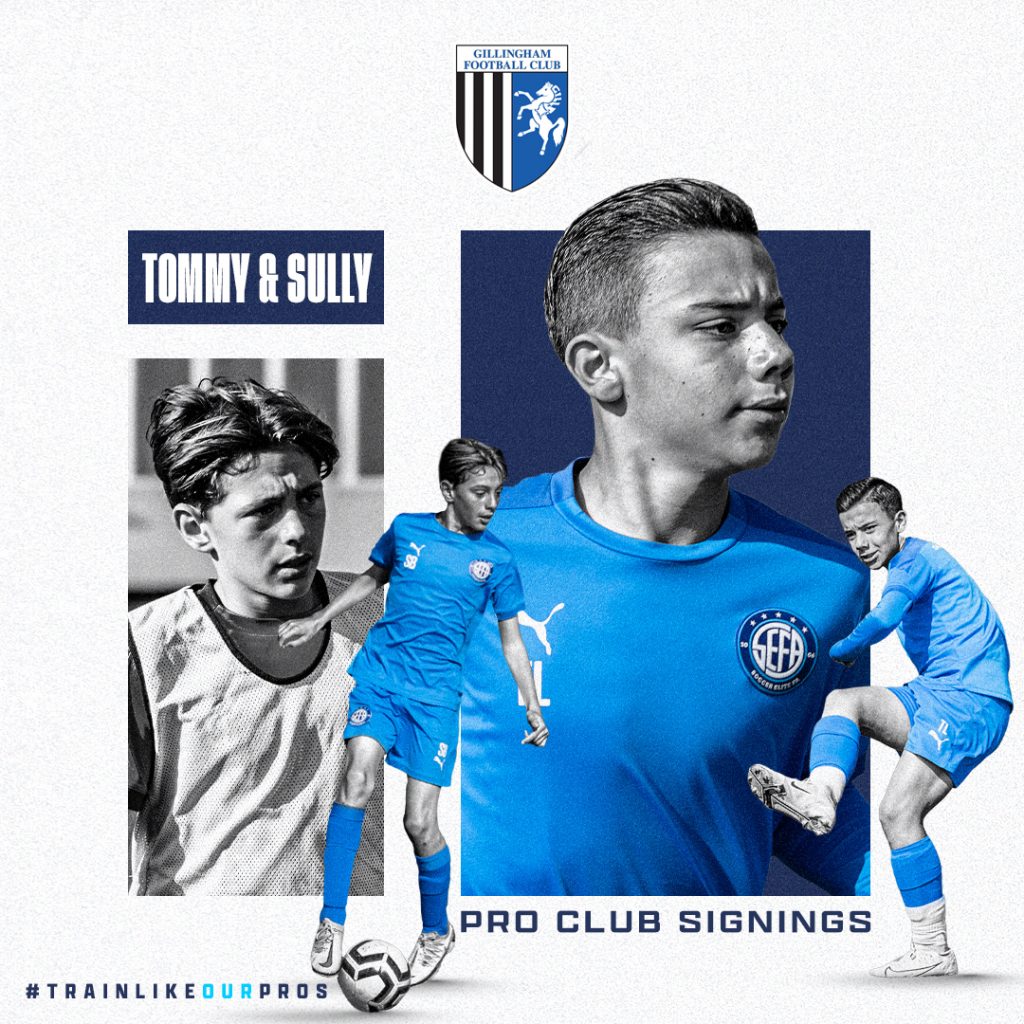 Tommy and Sully head to Priestfield

Congratulations to under 13 Academy players Tommy Linkson and Sully Booth who have signed for Gillingham!

Two stalwarts of our Academy sessions over numerous years, Tommy and Sully become the latest players from our extremely talented 2008-09 age group join the ranks of a professional club.

A strong and technically sound defender, Tommy has shown fantastic determination over a number of years to enhance his game, at times training twice a week with SEFA alongside his club commitments. By earning a deal with Gillingham, his hard work has without a doubt been vindicated.

Sully heads to Priestfield having been a SEFA player since he was in year R. A tricky forward with a keen goalscoring instinct, Sully has consistently been a high performer at our Academy sessions and showcase fixtures over the years, having joined our Pre Academy as a five-year-old. Much like Tommy, Sully’s mentality and determination has given him the platform to make this next big step in his footballing journey.

SEFA co-founder Lee Spiller said: “It has been a privilege to work with Tommy and Sully over the years.

“Their willingness to learn, work and consistent attendance says a lot about these lads’ character.

“The boys have amazing natural ability but I’m a strong believer in developing all the attributes of a their game, starting with their mindset, developing them physically and encouraging them to train at a high intensity while retaining a calmness with the ball. Tommy and Sully have both embraced our ethos and excelled, leading to their recent success.

“These lads have worked with numerous SEFA coaches over the years, and I know all those who have trained the boys will be delighted to see two players who were so committed in every game and session making this move.

“We couldn’t be prouder of the boys, and really look forward to watching their future progress in the years to come!”